Are There Too Many Lawyers?

Insight on the Sentiment of There Being Too Many Lawyers 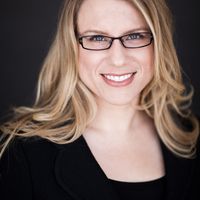 Lee Burgess
Legal Education Expert
Lee Burgess has been a lawyer since 2008. She's also a law professor and co-founded three websites for law students preparing for the bar exam.
Learn about our Editorial Process

Today we welcome John Nikolaou to the blog to discuss an important issue: Are there too many lawyers out there?

There is general sentiment in business communities across the nation that there are too many lawyers. Some even look at lawyers with disdain. This does not bode well for law school hopefuls concerned with the job market awaiting them upon graduation. But should they really be concerned? Are students enrolling in law school at high rates? Is there a glut of lawyers in the market driving down wages?

Law school admissions statistics show just the opposite trend in fact, with less and less students enrolling in law school. The quality, price, and perceived value of a legal education remain the strongest factors in decisions to apply to law school. As for the job market, while some structural changes to the legal job market have decreased the availability of legal jobs, there is still an oversupply of law school graduates. These factors have combined to force change the legal education field itself.

The American Bar Association reported that the number of enrolled law students dropped by 9,000 between 2013 and 2014. In addition, close to two-thirds of the 203 accredited law schools reported smaller first-year classes in 2014 compared to their 2013 numbers. These trends are not wholly caused by increasingly difficult admissions criteria, but rather the simple fact that fewer students are applying to law school: approximately 55,000 students applied to law school in 2014 compared to the 88,000 students in 2010.

In fact, the decline in applications correlates to an average increase in acceptance rates. According to this data, it is now almost 40% easier to get into law school than it was ten years ago.

With rising admissions rates and decreasing applications, why are students not jumping on the opportunity to attend law school?

The traditional path for becoming a lawyer is to attend a good law school, pass the bar exam, work off any debt in a few years through a well-paying job, then continue moving up in one’s career. This path is breaking up in several places, beginning with law school. The decision to attend law school is a complicated one: students now more than ever may have the option to attend a variety of law schools because of the dwindling application numbers.

However, just because you get into a law school, doesn't mean it is the right decision to go.

Some law schools have terrible bar pass or employment rates. Bar exam preparation and the quality of the education are two top concerns for law school applicants. There is an even greater risk of going to a low ranked law school given the steady rise of law school tuition and thus debt: a year of tuition can cost $44,000, even at schools that are ranked low on the U.S. News & World Report list, while a diploma from a top-rated school usually costs an additional $10,000 or more annually. A J.D., however, doesn’t guarantee a bar license or a job after law school. Prospective law students have to make sure that they are attending the right school, managing the debt load, and working on planning their career from day one.

While debt loads are on the rise, the traditional notion that a well-paying entry level legal job will help pay off law school debt soon is becoming less of a reality.

Statistics from the National Association for Law Placement show that the percentage of class of 2014 law school graduates unemployed and seeking work was three times higher than that of the class of 2010. Alison Monahan notes that the highly sought jobs at “big law” firms are becoming scarcer: “BigLaw is probably hiring fewer incoming associates than they did in the peak years before the recession. But numerically speaking, they never hired all that many young attorneys anyway.” She points out that technology has made lawyers more efficient, further lowering the demand for new lawyers at large law firms. The next best alternative is a position at a smaller law firm, however it is more difficult to get a job out of law school at smaller firms since they typically prefer experienced applicants who can hit the ground running. What are left are public sector legal jobs with average salaries maxing out at around $80K a year. Alison also observed that “for those who start with a low salary, it's not clear that it necessarily increases that much over time. If you're looking at public interest work, for example, you're not going to see a huge salary increase as you gain experience.”

Given the waning applications to law school caused by high tuition and questionable job prospects, law schools are making changes to their degree offerings to attract more applicants.

According to U.S. News, more than a dozen schools now offer accelerated programs as pioneered by Northwestern Law School. In addition to accelerated programs, law schools are expanding their interdisciplinary tracks like the J.D./MBA combination, with Stanford Law leading the movement by offering 27 joint J.D. degrees. Law schools have also made attempts to ease the cost of attendance by developing part-time programs that spread tuition over more years. Some schools have been even more direct with the cost issue, cutting tuition and offering more financial aid and scholarships to attract top students. Elon Law and Brooklyn Law are two examples of such schools. As for curriculum, law schools have responded to the demand for clinical training programs so their students can gain real-world experience before they enter the job market.

The recent trends in the legal field have also prompted a change in the law school admissions process.

There is a nationwide debate about eliminating the requirement that law school applicants submit an LSAT score and allowing applicants to send in a GRE score instead. The GRE or Graduate Record Examination is a broad and flexible exam accepted by many master’s programs and business schools, whereas the LSAT or Law School Admissions Test is specifically tailored to evaluate an applicant’s skills related to law school academics. The acceptance of the GRE would increase the amount of applicants to law school, but I don’t think that would be a necessarily positive change. We have always said here on About.com that the happiest and most successful law students are those who have a specific interest in practicing law and making yourself study for the LSAT is one of the threshold tests of whether or not you are really motivated to apply to and attend law school. But if you have taken the GRE, it is possible you are looking at a variety of graduate schools at once and law school is just an option you are considering.

Looking past law school, there is a growing movement to change the bar exam as well.

Several states and organizations are advocating the adoption of the “Uniform Bar Exam” or UBE. The idea is that a universal U.S. bar exam would allow lawyers to sit for the bar once and be able to practice in all fifty states instead of today’s system in which lawyers may have to sit for several state bar exams. This change would potentially make law school become more attractive by opening up a larger pool of job opportunities since lawyers could practice in every state. With New York adopting the Uniform Bar Exam in July 2017, the idea that there could be one nationwide bar exam is coming closer to a reality. However, it remains to be seen if other large states, such as California, will adopt this exam or keep their own exam as a barrier to entry to a state's legal marketplace.

It is expected that the changes in law school curriculum, admissions, and bar exam testing will cause an uptick in applications for the 2015-2016 academic year. The structural changes in law school and the legal job market, however, are expected to have lasting effect on the field. While the traditional path through the legal profession is becoming less realistic, Alison Monahan, however, says “the [current structure of firms] creates certain opportunities for ambitious grads who want to start a practice and can compete with larger firms using more efficient ways of doing things.”

The general sentiment that there are “too many lawyers” may have some evidence to back it up, but that does not mean the legal field is dead. There are increasingly more opportunities for students to get dynamic legal training through a variety of programs and, with some innovation and determination, successful careers can still be carved out of the difficult legal job market.