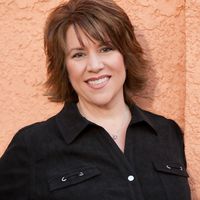 Cornelia Arnolda Johanna "Corrie" ten Boom (April 15, 1892 – April 15, 1983) was a Holocaust survivor who started a rehabilitation center for concentration camp survivors as well as a global ministry to preach the power of forgiveness.

Corrie ten Boom was born in Haarlem, in the Netherlands, on April 15, 1892. She was the youngest of four children; she had a brother, Willem, and two sisters, Nollie and Betsie. A brother Hendrik Jan died in infancy.

Corrie’s grandfather, Willem ten Boom, opened a watchmaker’s shop in Haarlem in 1837. In 1844, he began a weekly prayer service to pray for the Jewish people, who even then experienced discrimination in Europe. When Willem’s son Casper inherited the business, Casper continued that tradition. Corrie’s mother, Cornelia, died in 1921.

The family lived on the second floor, above the shop. Corrie ten Boom apprenticed as a watchmaker and in 1922 was named the first woman to be licensed as a watchmaker in Holland. Over the years, the ten Booms took care of many refugee children and orphans. Corrie taught Bible classes and Sunday school and was active in organizing Christian clubs for Dutch children.

During the German blitzkrieg across Europe on May 1940, tanks and soldiers invaded the Netherlands. Corrie, who was 48 at the time, was determined to help her people, so she turned their home into a safe haven for people trying to escape the Nazis.

Dutch resistance members carried grandfather clocks into the watch shop. Hidden inside the long clock cases were bricks and mortar, which they used to build a false wall and hidden room in Corrie’s bedroom. Although it was only about two feet deep by eight feet long, this hiding place could hold six or seven people: Jews or members of the Dutch underground. The ten Booms installed a warning buzzer to signal their guests to hide, whenever the Gestapo (secret police) were searching the neighborhood.

The hideout worked well for nearly four years because people were constantly coming and going through the busy watch repair shop. But on February 28, 1944, an informant betrayed the operation to the Gestapo. Thirty people, including several of the ten Boom family, were arrested. However, the Nazis failed to find the six people hiding in the secret room. They were rescued two days later by the Dutch resistance movement.

Over the next ten months, Corrie and her sister Betsie were shuttled from Scheveningen to Vugt concentration camp in the Netherlands, finally ending in Ravensbruck concentration camp near Berlin, the largest camp for women in German-controlled territories. The prisoners were used for forced labor in farm projects and armament factories. Thousands of women were executed there.

Living conditions were brutal, with meager rations and harsh discipline. Even so, Betsie and Corrie conducted secret prayer services in their barracks, using a smuggled Dutch Bible. The women voiced prayers and hymns in whispers to avoid the attention of the guards.

On December 16, 1944, Betsie died at Ravensbruck of starvation and lack of medical care. Corrie later recounted the following lines as Betsie's last words:

"… (we) must tell them what we have learned here. We must tell them that there is no pit so deep that He is not deeper still. They will listen to us, Corrie, because we have been here.”

Two weeks after Betsie's death, ten Boom was released from the camp due to claims of a "clerical error." Ten Boom often called this occurrence a miracle. Shortly after ten Boom's release, all of the other women in her age group at Ravensbruck were executed.

Corrie traveled back to Groningen in the Netherlands, where she recuperated in a convalescent home. A truck took her to her brother Willem’s home in Hilversum, and he arranged for her to go to the family home in Haarlem. In May 1945, she rented a house in Bloemendaal, which she converted into a home for concentration camp survivors, fellow wartime resistance collaborators, and the disabled. She also set up a nonprofit organization in the Netherlands to support the home and her ministry.

In 1946, ten Boom boarded a freighter for the United States. Once there, she began speaking at Bible classes, churches, and Christian conferences. Throughout 1947, she spoke extensively in Europe and became affiliated with Youth for Christ. It was at a YFC world congress in 1948 that she met Billy Graham and Cliff Barrows. Graham would later play a major role in making her known to the world.

From the 1950s through the 1970s, Corrie ten Boom traveled to 64 countries, speaking and preaching about Jesus Christ. Her 1971 book, The Hiding Place, became a best-seller. In 1975, World Wide Pictures, the film branch of the Billy Graham Evangelistic Association, released a movie version, with Jeannette Clift George in the role of Corrie.

Queen Julianna of the Netherlands made ten Boom a knight in 1962. In 1968, she was asked to plant a tree at the Garden of the Righteous Among the Nations, at the Holocaust Memorial in Israel. Gordon College in the United States awarded her an honorary doctorate in Humane Letters in 1976.

As her health deteriorated, Corrie settled in Placentia, California in 1977. She received resident alien status but curtailed her travel after pacemaker surgery. The next year she suffered the first of several strokes, which reduced her ability to talk and get around by herself.

Corrie ten Boom died on her 91st birthday, April 15, 1983. She was buried at Fairhaven Memorial Park in Santa Ana, California.

From the time she was released from Ravensbruck until illness ended her ministry, Corrie ten Boom reached millions of people throughout the world with the message of the gospel. The Hiding Place remains a popular and impactful book, and ten Boom's teachings on forgiveness continue to resonate. Her family home in the Netherlands is now a museum dedicated to remembering the Holocaust.