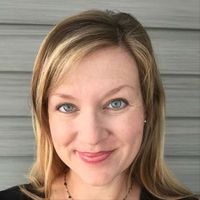 Researchers have long known that lack of sleep can be bad for your health, affecting everything from immune function to cognitive acuity. Now, new research suggests that long periods of wakefulness can actually result in long-term damage to the brain.

There is a long-held notion that missing out on regular sleep creates something of a "sleep debt." If you are a nurse, doctor, truck driver, or shift worker who regularly misses out on sleep, you might just assume that you can catch up on your Zzzzz’s on your days off. But according to one neuroscientist, extended periods of wakefulness and sleep loss can create real damage - brain damage, even - that simply cannot be undone by sleeping in for a few hours on the weekends.

While you might know that missing out on sleep is bad for your health, you might not be aware of just how risky regularly losing sleep might be for your brain. Research has long demonstrated that there are serious short-term cognitive declines after sleep loss, but some more recent research has shown that repeated periods of missing sleep can damage and even kill neurons.

"In general, we’ve always assumed full recovery of cognition following short- and long-term sleep loss," explained Dr. Sigrid Veasey, a professor at the University Of Pennsylvania Perelman School Of Medicine and one of the authors of the study. "But some of the research in humans has shown that attention span and several other aspects of cognition may not normalize even with three days of recovery sleep, raising the question of lasting injury in the brain. We wanted to figure out exactly whether chronic sleep loss injures neurons, whether the injury is reversible, and which neurons are involved."

These neurons play a critical role in various areas of cognitive functioning, including mood regulation, cognitive performance, and attention. “So if there’s an injury to these neurons, then you may have poor ability to pay attention and you might also have depression,” Veasey suggested.

Examining the Effects of Sleep Loss on the Brain

So how did the researchers study the effects of sleep deprivation on the brain?

The Shocking Results of Sleep Deprivation

Even more surprising - the mice in the extended wakefulness group showed a 25 to 30 percent loss of certain neurons. The researchers also observed an increase in what is known as oxidative stress, which can cause problems with neural communication.

Veasey notes that further research needs to be done to see if the phenomenon has the same impact on humans. Particularly, she notes, it is important to establish if the damage might vary among different individuals and whether things such as aging, diabetes, high-fat diets, and sedentary lifestyles might make people more susceptible to neural damage from sleep loss.

This news might be of particular interest to shift workers, but also to students who regularly miss sleep or stay up late. The next time you are thinking about staying up late to cram for an exam, just remember that chronic sleep-deprivation might result in damage to your brain.