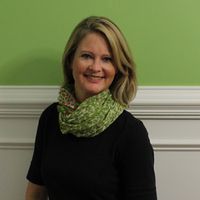 Maybe you buy bottled water because you like the taste, or perhaps it’s more convenient for you to pick up a single-serving bottle of H2O than to pre-fill bottles from the tap when you’re on the go. But have you ever stopped and calculated just how much you’re spending on bottled water? If you drink it every day, the answer may surprise you.

If you think bottled water is used rarely—for instance, when tap water is contaminated following a storm—think again. Last year, bottled water ranked as the top-selling beverage in the United States﻿﻿ . The number of bottles sold has risen consistently since the 1990s, ultimately comprising 22% of the beverage category in 2018 (versus just 16.5% in 2013).﻿﻿

Our analysis of the various bottled water brands on Amazon (including private-label options) indicates that each 16.9-ounce bottle of water costs approximately 70 cents per bottle, on average. Needless to say, it costs significantly more to buy one bottle at a time from a convenience store, sports arena vendor, or vending machine. However, for the sake of this calculation, we’ll assume you’re buying in bulk if you exclusively drink bottled water, thus using the 70 cent-per-bottle cost. At a unit price, that’s about 4 cents per ounce.

Keep in mind that these calculations are conservative, assuming you buy in bulk. If you purchase water by the bottle, or if you exclusively drink premium brands, your cost will be significantly higher.

You can evaluate the amount you spend on bottled water by tracking it for a week, and then multiplying that number by 52 (the number of weeks in a year).

The Cheap Alternative to Bottled Water

You can buy a reusable bottle for under $10 and refill it with tap water to use indefinitely.

To calculate the cost of tap water where you live, contact your municipality (or, if you have well water, it’s probably free). However, to evaluate this in general terms, we use a study conducted by the U.S. Department of Energy, which found that in 2016 the average municipal water system charged its customers $3.38 per 1,000 gallons—or about $0.0034 per gallon, which comes out to less than a thousandth of a cent per ounce.﻿﻿ So assuming you pay $0.000027 per ounce in tap water, the cost of the equivalent of a bottle of water (16.9 ounces) when delivered from your tap would be:

Therefore, both men and women would save well over $1,000 a year by switching from pre-packaged bottled water to refillable bottles filled from the tap.

Don’t Like the Taste of Tap Water? You’re Probably Already Drinking It

Many people say they prefer the taste of bottled water over tap water, but in reality, those who favor bottled water are probably already drinking water pulled from public sources. According to a 2018 report from the Food and Water Watch organization, almost 64% of bottled water sold today is derived from municipal tap water.﻿﻿

If you feel like your tap water has a taste that doesn’t appeal to you, consider getting an inexpensive water filter that will remove chemicals and other compounds before you drink the resulting water.

As you are probably aware, the cost of bottled water goes far beyond the financial effects. Using bottled water can also have a negative impact on the environment. Bottling water requires 17 million barrels of oil annually to produce the bottles, and the bottling process itself causes 2.5 million tons of carbon dioxide to be released into the atmosphere each year.﻿﻿

So if you’d like to save over $1,000 each year and help contribute to making the Earth a bit more environmentally friendly, perhaps it’s time to take the plunge and switch from bottled water to tap water.