Countries in the European Economic Area 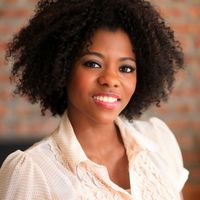 The EEA includes EU countries and also Iceland, Liechtenstein, and Norway. It allows them to be part of the EU’s single market.

Switzerland, previously participating, was neither an EU nor EEA member but was part of the single market so Swiss nationals had the same rights to live and work in EEA countries as other EEA nationals. However, Switzerland no longer participates in the European Economic Area. Now, Croatia has submitted an application to participate.

What the EEA Does: Member Benefits

The European Economic Area is a free trade zone between the European Union and the European Free Trade Association (EFTA). Trade agreement details stipulated by the EEA include liberties on product, person, service, and money movement between countries.

In 1992, member states of the EFTA (except Switzerland) and members of the EU entered into this agreement and by doing so expanded the European internal market to Iceland, Liechtenstein, and Norway. At the time of its founding, 31 countries were members of the EEA, totaling approximately 372 million people involved and generating an estimated 7.5 trillion dollars (USD) in its first year alone.

Today, the European Economic Area hands its organization to several divisions, including legislative, executive, judicial, and consultation, all of which include representatives from several member states of the EEA.

What the EEA Means for Citizens

Citizens of member countries in the European Economic Area can enjoy certain privileges not afforded to non-EEA countries.

According to the EFTA website, "The free movement of persons is one of the core rights guaranteed in the European Economic Area (EEA)...It is perhaps the most important right for individuals, as it gives citizens of the 31 EEA countries the opportunity to live, work, establish business and study in any of these countries."

Essentially, citizens of any member country are allowed to travel freely to other member countries, whether for short-term visits or permanent relocations. However, these residents still retain their citizenship to their country of origin and cannot apply for citizenship of their new residence.

What the Schengen Zone in Europe Means for Travelers

The Schengen agreement in Europe also facilitates movement between countries and trade. If a U.S. citizen is planning to visit or travel through European countries, you should be familiar with the requirements of the Schengen Agreement. The Schengen Agreement is a treaty creating Europe's Schengen Area consisting of 26 countries where internal border checks have largely been eliminated for short-term tourism, a business trip, or travel through the country to a non-Schengen destination.

Because many Schengen countries assume that all travelers will stay for the full three months allowed for non-visa visitors, you should have a passport that is good for at least six months. Although border checks have been eliminated, have your passport with you as you travel country to country because a passport check could be reinstated at any time.