Learn the Difference Between Public, Charter, and Private Schools 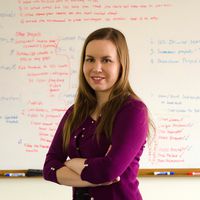 Public, private, and charter schools all share the same mission of educating children and young adults. But they're different in some fundamental ways. For parents, choosing the right kind of school to send their children to can be a daunting task.

The vast majority of school-aged children in the U.S. receive their education in Amerca's public schools. The first public school in the U.S., Boston Latin School, was founded in 1635, and most of the colonies in New England established what was called common schools in the following decades. However, many of these early public institutions limited enrollment to male children of white families; girls and people of color generally were barred.

By the time of the American Revolution, rudimentary public schools had been established in most states, although it wasn't until the 1870s that every state in the union had such institutions. Indeed, not until 1918 did all states require children to complete elementary school. Today, public schools provide education for students from kindergarten through 12th grade, and many districts also offer pre-kindergarten classes as well. Although K-12 education is mandatory for all children in the U.S., the age of attendance varies from state to state.

Public schools must accept all students that reside within the school district, although enrollment numbers, test scores, and a student's special needs (if any) may influence which school a student attends. State and local law dictate class size, testing standards, and curriculum.

Charter schools are institutions that are publically funded but privately managed. They receive public money based on enrollment figures. Roughly 6 percent of U.S. kids in grades K-12 are enrolled in a charter school. Like public schools, students do not have to pay tuition in order to attend. Minnesota became the first state to legalize them in 1991.

Charter schools are so named because they are founded based on a set of governing principles, called a charter, written by parents, teachers, administrators, and sponsoring organizations. These sponsoring organizations may be private companies, nonprofits, educational institutions, or individuals. These charters typically outline the school's educational philosophy and establish baseline criteria for measuring student and teacher success.

Each state handles charter school accreditation differently, but these institutions typically must have their charter approved by a state, county, or municipal authority in order to open. If the school fails to meet these standards, the charter may be revoked and the institution closed.

Private schools, as the name implies, are not funded with public tax dollars. Instead, they are funded primarily through tuition, as well as private donors and sometimes grant money. About 10 percent of the nation's children are enrolled in K-12 private schools. Students who attend must either pay tuition or receive financial aid in order to attend. The cost of attending a private school varies from state to state and may range from about $4,000 per year to $25,000 or more, depending on the institution.