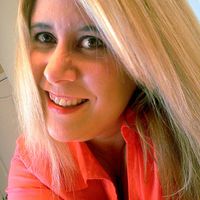 These days, it’s hard to find an organic material that isn’t being positioned as the next great alternative energy source. Rising to the top of the list are biofuels known as so-called “drop in” fuels – those renewable sources that can be used without major investment in infrastructure in the U.S. where storage and distribution has long catered to petroleum. That current investment in infrastructure isn’t small potatoes. There is about $7 billion in pipeline expenditures alone each and every year.

What defines a drop-in fuel? The alternative fuels industry itself isn’t exactly clear, with some defining it broadly to mean any renewable fuel making use of at least some of the costly existing petroleum infrastructure. Others have taken a more narrowed approach. One of the most popular definitions is that drop-in fuels are those renewable fuels which can be blended with petroleum products, such as gasoline, and utilized in the current infrastructure of pumps, pipelines and other existing equipment.

Under such a definition, a biofuel would require some percentage of gasoline blender , derived from unique gasoline stocks, to form the fuel’s base. Examples of drop-in fuels defined in this way include the terpenes, butanol and isoprene, among other. Often, the technology is applied to diesel fuel, forming a biodiesel, rather than to gasoline. There are even some next-generation biofuels proponents who are developing mixtures of chemicals to form a biofuel without the gasoline or diesel base.

With well over 50 companies investing in the development of algae as a biofuel, the little green plant reigns supreme among drop-in fuels. Yet, despite this general interest, most biofuels experts agree that at least another decade of research and technological breakthroughs will be necessary before this drop-in fuel is deemed commercially viable. That’s a long—and costly—trail ahead. As with most drop-in fuels, the challenges come in moving the technology from the lab to full-scale commercial production. An additional challenge with algae specifically has been the wide variance among algae and the extensive processing necessary.

But algae isn’t the only show in town. Last year, a leading biobutanol company, Gevo, announced plans to acquire ethanol facilities in the Midwest and convert them to commercial production of the drop-in fuel isobutanol, also known as isobutyl alcohol.

The move was seen by industry players as a step forward in the development of butanol as an alternative drop-in fuel, with the company hoping to begin isobutanol production by 2012. Although able to make use of existing infrastructure, unlike algae, there is some concern over potential safety threats. Vapors can travel long distances and collect in low-lying areas to form an explosion hazard. However, its proponents are quick to point out the biofuel’s many fuel and chemical applications make it an attractive venture.

Big player DuPont has also tested the waters of biobutanol as a drop-in fuel and plans to likewise rely on existing under-utilized ethanol capacity and conventional feedstocks as it gets its operations off the ground. The investment to retrofit existing ethanol facilities is more economical than building new structures and require only minor changes to the fermentation and distillation processes.

DuPont says it plans to follow a multi-step approach to drop-in fuel development, first focusing on n-butyl alcohol and conventional feedstocks before moving on to other drop-in fuels like isobutanol as well as non-feed crops, such as cellulosic feedstocks.

Yet another company, ButylFuel, LLC, has gone on record as having said it has now developed fermentation-derived biobutanol at a cost that is competitive with petroleum products. Its drop-in fuel can be blended at a variety of percentages with gasoline or diesel fuels. How competitive? The company claims it can produce its drop-in fuel from corn for about $1.20 per gallon.

Like algae players who are benefiting not only from algae as a drop-in fuel, but from the many byproducts as well, research and development in other drop-in fuels sectors are looking at diverse portfolios of products, causing some to characterize this next generation of alternative fuels as a means to produce hydrocarbon blend stock that can have a multitude of applications.