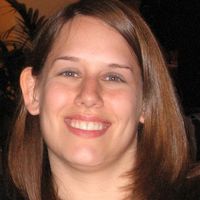 Cynthia Vinney is a freelance writer who specializes in psychology and media psychology.

Given the difficulty of coming to a consensus about how to define happiness, psychologists often refrain from using the term in their research. Instead, psychologists refer to well-being. While it could ultimately be seen as a synonym for happiness, conceptualizing well-being in psychological research has enabled scholars to better define and measure it.

The Origins of the Concept of Hedonic Happiness

The idea of hedonic happiness dates back to the fourth century B.C., when a Greek philosopher, Aristippus, taught that the ultimate goal in life should be to maximize pleasure. Throughout history, a number of philosophers have adhered to this hedonic viewpoint, including Hobbes and Bentham. Psychologists who study happiness from a hedonic perspective cast a wide net by conceptualizing hedonia in terms of pleasures of both the mind and body. In this view, then, happiness involves maximizing pleasure and minimizing pain.

In American culture, hedonic happiness is often championed as the ultimate goal. Popular culture tends to portray an outgoing, social, joyous view of life, and as a result, Americans often believe that hedonism in its various forms is the best way to achieve happiness.

The Origins of the Concept of Eudaimonic Happiness

Eudaimonic happiness gets less attention in American culture as a whole but is no less important in the psychological research of happiness and well-being. Like hedonia, the concept of eudaimonia dates back to the fourth century B.C., when Aristotle first proposed it in his work, Nicomachean Ethics. According to Aristotle, to achieve happiness, one should live their life in accordance with their virtues. He claimed people are constantly striving to meet their potential and be their best selves, which leads to greater purpose and meaning.

Research on Hedonic and Eudaimonic Happiness

While some psychological researchers who study happiness come from either a purely hedonic or purely eudaimonic point of view, many agree that both kinds of happiness are necessary to maximize well-being. For example, in a study of hedonic and eudaimonic behaviors, Henderson and colleagues found that hedonic behaviors increased positive emotions and life satisfaction and helped regulate emotions, while also reducing negative emotions, stress, and depression. Meanwhile, eudaimonic behavior led to greater meaning in life and more experiences of elevation, or the feeling one experiences when witnessing moral virtue. This study indicates that hedonic and eudaimonic behaviors contribute to well-being in different ways and therefore are both necessary to maximize happiness.

While eudaimonic and hedonic happiness both appear to serve a purpose in overall well-being, hedonic adaptation, also referred to as the "hedonic treadmill," notes that, in general, people have a baseline of happiness that they return to no matter what happens in their lives. Thus, despite spikes in pleasure and enjoyment when one has a hedonic experience, such as going to a party, eating a delicious meal, or winning an award, the novelty soon wears off and people return to their typical levels of happiness.

While this may make it seem like the path to happiness is eudaimonia, sometimes it’s not practical to engage in the activities that evoke eudaimonic happiness. If you’re feeling sad or stressed, often treating yourself to a simple hedonic pleasure, like eating dessert or listening to a favorite song, can be a quick mood booster that requires a lot less effort than engaging in a eudaimonic activity. Thus, both eudaimonia and hedonia have a role to play in one’s overall happiness and well-being.