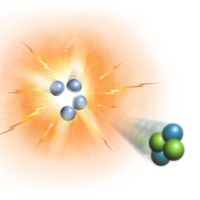 An energetic helium nucleus is also known as an alpha particle.

2. After hydrogen, helium is the most abundant element in the universe. 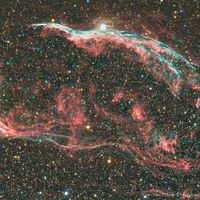 It's true. Helium accounts for about 24% of the mass of the universe. At some point in the distant future, this will change. As hydrogen is fused into helium, eventually helium will become the most abundant element in the universe. Even further into the future, oxygen will overtake both hydrogen and helium. 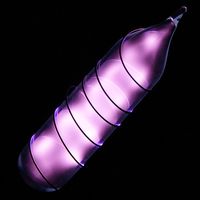 Helium is the lightest noble gas on the periodic table and the first element with a filled valence shell. These elements are called "noble" because they are relatively unreactive. Presumably, noble gases are too high and mighty to bond with the normal elements.

4. Helium has an atomic number of 2 and a mass number of 4. This means a neutral helium has: 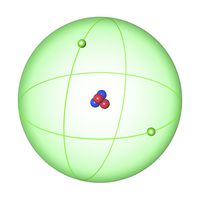 A typical helium atom has 2 protons, 2 neutrons, and 2 electrons. However, there are isotopes of helium that have different numbers of neutrons. All helium atoms have two protons, because that's what defines the element, but the number of electrons and neutrons could change. Adding or subtracting electrons forms ions. Helium can be ionized (and then it glows).

5. Of all the elements, helium has the lowest melting point and boiling point. 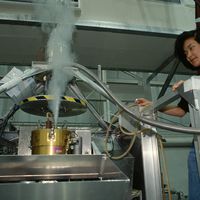 This is true. It's one of the reasons liquid helium is such a useful gas for scientific experiments.

6. The element symbol for helium is: 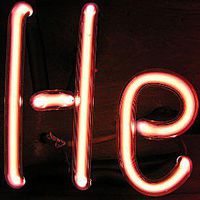 The element symbol for helium is He.

7. Most of the world's supply of helium comes from: 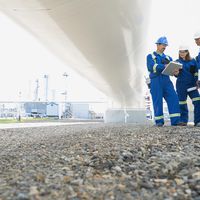 Helium can be obtained from any of these sources. However, at the present time it's usually isolated from natural gas.

8. Since helium is a noble gas, it contains 8 electrons in its outer shell. 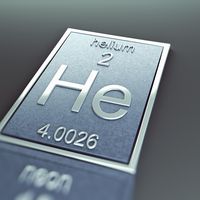 While other noble gases have a filled valence shell with 8 electrons, helium only has 2 electrons. It fills the first shell, which only accommodates 2 electrons. 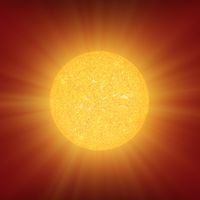 The element helium is named for the Sun because it was first detected in a spectral line viewed during a solar eclipse. The Sun is also known as Helios, in case you're confused about the relationship between the names.

10. All of the following are true of helium gas except: 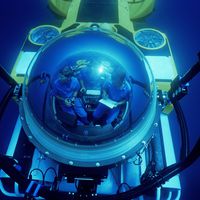 Helium is colorless, odorless, and flavorless. Helium gas is inert, so it can't participate in chemical reactions that could poison you. This is one reason why it's used in gas mixtures for deep sea divers. However, if you breathe so much helium that you're not getting enough oxygen (like from helium balloons), you can suffer oxygen deprivation.

Helium Facts Quiz
You got: % Correct. You Need to Hone Your Helium Knowledge

You had some trouble with this quiz, but you can be a Helium Hero in no time! Start by learning these 10 interesting helium facts.

Ready to try another quiz? See how much you know about the element oxygen.

Share Your Results
Helium Facts Quiz
You got: % Correct. You're a Helium Hero

Excellent! You did well on this quiz. You know your stuff as far as helium is concerned. From here, you might want to brush up on interesting and unusual helium element facts. Ready for some fun? Learn how to get a squeaky helium voice (safely).

Ready to try another quiz? See how much you know about the element hydrogen.