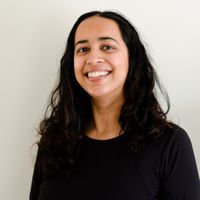 Akila McConnell
Akila McConnell is a freelance travel and food writer who has been touring the world full-time since 2009. She has visited 40 countries on five continents.
our editorial process
Akila McConnell

Whether you like New York-style or Chicago deep-dish; thin, thick, or hand-tossed crust; vegan, extra-cheesy, or pineapple and ham—chances are there's a slice of pizza with your name on it. And if you consider pizza one of your favorite meals (if not your absolute favorite), you're not alone: Pizza is one of the most popular dishes across the globe. In fact, it's so versatile and well-loved that it's really no surprise that many countries claim to have created the world's first real pizza.

Want to learn a thing or two about the savory pie to impress all your friends at your next pizza party? Here are ten interesting facts about the history of pizza. A word of warning: You're going to want to order a slice before you get to the end of this article.