Is the District of Columbia a State? 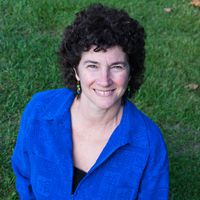 Rachel Cooper
Writer
Rachel Cooper is a travel writer who has lived in the Washington, D.C., area for more than 25 years. She is also the author of several books covering the capital and mid-Atlantic regions.
Learn about our Editorial Process
Fact checked by
Jillian Dara 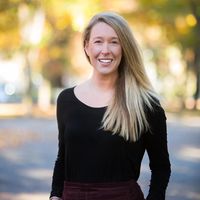 How Is DC Different Than a State?

The 10th Amendment of the U.S. Constitution specifies that all powers not granted to the federal government are reserved for the states and the people. Although the District of Columbia has its own municipal government, it receives funding from the federal government and relies on directives from Congress to approve its laws and budget. DC residents have only had the right to vote for the President since 1964 and for the Mayor and city council members since 1973. Unlike states who can appoint their own local judges, the President appoints judges for the District Court.

History of the Establishment

Between 1776 and 1800, Congress met in several different locations. The Constitution did not select a specific site for the location of the permanent seat of the federal government. Establishing a federal district was a controversial issue that divided Americans for many years.

On July 16, 1790, Congress passed the Residence Act, a law that permitted President George Washington to select a location for the nation’s capital and to appoint three commissioners to oversee its development. Washington selected a ten square mile area of land from property in Maryland and Virginia that lay on both sides of the Potomac River. In 1791, Washington appointed Thomas Johnson, Daniel Carroll, and David Stuart to supervise the planning, design, and acquisition of property in the federal district. The commissioners named the city “Washington” to honor the President.

In 1791, the President appointed Pierre Charles L'Enfant, a French-born American architect and civil engineer, to devise a plan for the new city. The city's layout, a grid centered on the United States Capitol, was set at the top of a hill bounded by the Potomac River, the Eastern Branch (now named the Anacostia River) and Rock Creek. Numbered streets running north-south and east-west formed a grid.

Wider diagonal "grand avenues" named after the states of the union crossed the grid. Where these "grand avenues" crossed each other, open spaces in circles and plazas were named after notable Americans. The seat of government was moved to the new city in 1800. The District of Columbia and unincorporated rural areas of District were governed by a 3-member Board of Commissioners.

In 1802, Congress abolished the Board of Commissioners, incorporated Washington City, and established a limited self- government with a mayor appointed by the President and an elected twelve-member city council. In 1878, Congress passed the Organic Act providing for three presidentially-appointed commissioners, payment of half of the District's annual budget with Congressional approval, and any contract over $1,000 for public works.

Congress passed the District of Columbia Self-Government and Governmental Reorganization Act in 1973, establishing the current system for an elected mayor and a 13-member Council with legislative authority with restrictions that can be vetoed by Congress.