Biography of Lillian Hellman, Playwright Who Stood Up to the HUAC 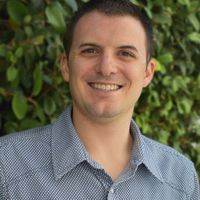 Lillian Hellman (1905-1984) was an American writer who won great acclaim for her plays but whose career as a Hollywood screenwriter was interrupted when she refused to answer questions before the House Committee on Un-American Activities (HUAC). In addition to receiving Tony Award and Academy Award nominations for her work, she received the U.S. National Book Award for her 1969 autobiography An Unfinished Woman: A Memoir.

Hellman's earliest years were split between living at her family's boarding house in New Orleans (an experience that she would write about in her plays) and New York City. She attended both New York University and Columbia University, but did not graduate from either school. When she was 20, she married writer Arthur Kober.

After spending time in Europe during the rise of Nazism (and, as a Jewish woman, recognizing the anti-Semitism of the Nazis), Hellman and Kober moved to Hollywood, where Kober began writing screenplays for Paramount while Hellman worked as script reader for MGM. One of her earliest political acts was to help unionize the script reading department.

Towards the end of her marriage (Hellman and Kober divorced in 1932), Hellman began a relationship with novelist Dashiell Hammett that would last 30 years, until his death in 1961. She would later write about her relationship with Hammett in her semi-fictional novel, Maybe: A Story (1980).

Hellman's first produced play was The Children's Hour (1934), about two teachers who are publicly accused of being lesbians by one of their boarding school students. It was a smash success on Broadway, running for 691 performances, and began Hellman's career of writing about vulnerable individuals in society. Hellman herself wrote the film adaptation, titled These Three, released in 1936. That led her to additional work in Hollywood, including the screenplay for the 1937 film noir movie Dead End.

In February 1939, one of Hellman's most successful plays, The Little Foxes, opened on Broadway. It focuses on an Alabama woman who has to fend for herself among greedy, manipulative male relatives. Hellman also wrote the screenplay for a 1941 film adaptation starring Bette Davis. Hellman later had a feud with the Broadway lead, actress Tallulah Bankhand, who had agreed to perform the play for a benefit to support Finland, which had been invaded by the USSR in the Winter War. Hellman refused to give permission for the play to be performed for the benefit. This was not the only time that Hellman blocked her work from being performed for political reasons. For example, Hellman would not allow her plays to be performed in South Africa because of apartheid.

Starting in the late 1930s, Hellman was an outspoken supporter of anti-fascist and anti-Nazi causes, which often put her in league with supporters of the Soviet Union and Communism. This included Hellman spending time in Spain during the Spanish Civil War in 1937. She specifically wrote about the rise of Nazism in her 1941 play, Watch on the Rhine, which Hammett later adapted for a 1943 film.

Hellman's views courted controversy in 1947 when she refused to sign a contract with Columbia Pictures because it would require her to swear that she had never been a Communist Party member and would not associate with Communists. Her opportunities in Hollywood withered away, and in 1952 she was called before HUAC to testify about being named as a possible member of the Communist Party in the late 1930s. When Hellman appeared before HUAC in May 1952, she refused to respond to any substantive questions except for denying ever being a member of the Communist Party. Many of her Hollywood colleagues "named names" to avoid jail time or being blacklisted, and Hellman was subsequently blacklisted from Hollywood.

Following the breaking of the Hollywood blacklist and the Broadway success of Hellman's Toys in the Attic, in the early 1960s Hellman was honored by a variety of prestigious institutions, including the American Academy of Arts and Sciences, Brandeis University, Yeshiva University, and the American Academy of Arts and Letters. Her renown largely restored, she even returned to screenwriting and wrote the 1966 crime film The Chase starring Marlon Brando, Jane Fonda, and Robert Redford. She also was awarded a U.S. National Book Award for her 1969 memoir, An Unfinished Life.

Hellman released a second volume of her memoirs, Pentimento: A Book of Portraits, in 1973. As the subtitle implies, Pentimento is a series of essays reflecting on individuals that Hellman had known throughout her life. One of the chapters was adapted into the 1977 film Julia, starring Jane Fonda as Hellman. Julia depicts an episode in her life in the late 1930s in which Hellman smuggled money into Nazi Germany to help her friend Julia fight against Nazism. Julia won three Academy Awards, but several years later it would attract controversy for its subject matter.

While Hellman was still largely a celebrated figure, she was accused by other writers for embellishing or outright inventing many episodes in her memoirs. Most famously, Hellman filed a high-profile libel suit against writer Mary McCarthy after McCarthy said about Hellman during an appearance on The Dick Cavett Show in 1979, "every word she writes is a lie, including 'and' and 'the.'" During the trial, Hellman faced accusations of appropriating the life story of Muriel Gardiner for a person named "Julia" that Hellman had written about in a chapter of Pentimento (Gardiner denied ever meeting Hellman, but they had acquaintances in common). Hellman died while litigation was ongoing, and her estate ended the lawsuit after her death.

Hellman's plays are still frequently staged around the world.