How to Ace the LSAT Logic Games Section 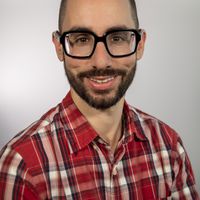 Steve Schwartz
Education Expert
Steve Schwartz is a professional LSAT instructor and the founder of LSAT Blog.
Learn about our Editorial Process

The LSAT Logic Games section (aka Analytical Reasoning) is one of the three multiple choice sections on the exam. It is designed to test your ability to understand and organize relationships based on given rules, in order to make correct deductions from the information given.

Format of the Logic Games Section

The whole section is comprised of four logic game “setups,” each with 5-8 questions (22-24 questions total), which must be answered in 35 minutes. Games are made up of three main components: a setup that describes the task, a set of rules that have to be followed, and the questions. Only one of the Logic Games sections is scored, which means it will make up slightly less than 1/4 of your overall score.

All games follow the same format: an introduction or setup, rules, and questions. The introduction describes the task that has to be completed, and the rules limit the possible arrangements. The questions that follow require you to choose the correct groupings based on the introduction and rules.

To solve these games, you have to clearly understand how to draw a diagram based on the setup and rules. Getting the question right depends heavily on knowing the game type used and corresponding diagram. The good news is, there are only four main types of games that are commonly used: sequencing, grouping, matching/assigning, and hybrid.

Sequencing games are the most common type and usually the easiest. These games contain one set of variables and one set of ordered spaces. You’ll have to put the variables in the correct order based on the rules given. A typical diagram for this game is to draw out the spaces and list the variables above each. Then, work out the rules one by one.

Grouping games are also quite common and their difficulty can vary greatly. These games also have only one set of variables. However, instead of a single ordered space, you will be given 2-3 categories in which to organize the variables correctly.

Within this game there are two different types: fixed and floating. Fixed grouping games tell you how many variables are in each group. To diagram this you should draw out the categories for each group with the correct number of spaces marked in each. With floating group games, you don’t know how many variables go into each category, but generally there are some hints as to the minimum or maximum that can be in each group. A simple diagram would look like the fixed game diagram, but with some spaces containing question marks. These spaces represent where a variable could possibly go.

Matching/assigning games are less common. They aren’t necessarily harder than the other two, but they are the most time consuming. These games have two sets of variables, but instead of ordering them into spaces or categories, you have to pair them with each other. The key to this game is to draw a table with one set of variables listed horizontally and the other listed vertically. Then, place an "x" where two variables match up. The real trick to this game is not necessarily getting the diagram correct; it’s using the rules and inferences, along with the diagram, to associate or match the variables.

Hybrid games combine two of the main game types into one. One of the most common hybrids is sequencing/matching games. These contain two sets of variables that you must pair and then put in order. A grid diagram is not recommended for this game because it doesn’t allow for ordering. It’s better to draw out a sequencing diagram for one set of variables with another one below it for the second set.

Another common hybrid is grouping/sequencing games. This game has one set of variables that must be grouped and then put in order. It’s a trickier game because it also contains a fixed or floating element.

Strategies for a High Score

The Logic Games are notoriously known as the most difficult part of the exam (at least at first), especially when the LSAT introduces twists to different games, none of which are ever 100% straightforward. That being said, with ample practice and a few tips, it’s entirely possible to master this section.

Time is one of the biggest factors that students struggle with in this section. Given that only 35 minutes are given to finish the entire section, students only have an average of 8 minutes and 45 seconds to complete each game. To make the most of this time, you should skim through all of the games first and complete the ones you find easiest. Chances are you’ll be able to answer these more quickly, which will boost your confidence and give you more time to spend on the harder games. It also means you’ll have some points secured in case you can’t answer some of the other games.

Every word in the setups and rules is important. That’s what makes the Logic Games so different from other sections. Make sure to read every component very carefully, especially the rules. If you get even one of the rules confused, you’ll likely get several questions wrong.

Because of the time constraints, many students tend to skim over the reading so they can focus their time on diagramming and answering the questions. Don’t do this! It’s better to spend more time making sure you clearly understand what’s being asked of you. Typically, if you’ve done that, you should be able to answer the other questions more quickly.

There are many ways to draw diagrams, but the most effective ones are often the simplest. It’s good to have some basic diagram styles for each game type memorized. That way you don’t have to spend precious time thinking of how to organize the variables and rules during the test.

Three general rules to follow for good diagramming are: fast, neat, and easy to understand. One way you can easily achieve this is by writing in shorthand. Shorthand lets you write down information quickly and it doesn’t take up that much space. You should also aim to keep your diagrams small. They shouldn’t be taking up a large portion of your scrap paper. In fact, it’s better if you diagram right next to the question. That way you can quickly glance back and forth at the rules.

Students who have rigid diagramming skills usually have average scores on the Logic Games section. Students who achieve top scores tend to be more flexible with their diagrams. The LSAT likes to throw in twists to see how adaptable students are to varying situations. That’s why it’s important that you know your game types and have your diagrams memorized. If you have both of those parts down, you’ll be able to combine different aspects to answer difficult setups. Being flexible also means having strong inferencing skills. Creating strong inference chains is quicker and more effective than going through individual rules one at a time.

The Importance of Practice

Last but not least, practice, practice, practice. Students usually see the biggest improvements on the Logic Games section over any other section. That being said, it takes work to get there. If you’re struggling with the games, don’t give into your frustrations. Just keep practicing. Take each game slowly and work through it until you get the answer. If you’re consistently getting the wrong answer, try working backwards to prove the correct answer.

When starting out you should focus on one game type at a time. This will help you understand the common rules and principles used for each. Remember that every person learns at a different pace, so if you’re moving slowly, don’t worry. Consistency is what’s key to improving your score. By repeating game types and diagrams, you’ll develop a strong system for mastering this section.