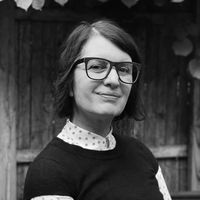 Melissa Breyer
Writer
Melissa Breyer is a sustainability expert and author whose work has been published by the New York Times and National Geographic, among others.
Learn about our Editorial Process

Upon the mysterious death of America’s master of mystery and the macabre, the literary rival of Edgar Allan Poe wrote a scathing obituary and biography of the author. However, much of what was written by Poe’s foe, Rufus Griswold, was untrue. Vengeful over things Poe had written about Griswold, the latter’s postmortem portrait of Poe painted him as a womanizing madman, drug-addled and bereft of both morals and friends.

Although far from the truth, many of Griswold’s distortions stuck. It was the only biography of Poe at the time — and a well-read one at that — and in combination with the tone of some of Poe’s work, it was convincing to a public wanting to believe in the scandalous darkness of the writer. Even though purported letters from Poe to Griswold “proving” his lunacy were later found to be forged — and Poe’s friends vehemently denied the salacious slander — to this day the image of Poe as a raving odd bird persists.

A century and a half later, perhaps the oddest thing about Edgar Allan Poe is that he wasn’t very odd at all, relatively speaking. He wasn’t lurking in cemeteries and caressing caskets, but in fact was a hardworking and brilliant pioneer who changed the face of American literature. With that in mind, here are some of the more oddly normal things to know about one of America’s most innovative authors.

1. He Was a Literary Trailblazer

Poe is best remembered for his tales of terror and haunting poems, but he is also credited as one of the earliest writers of short stories, the inventor of the modern detective story, and an innovator in the genre of science fiction.

His works include short stories, poetry, a novel, a textbook, a book of scientific theory, and numerous essays and book reviews.

3. He Created a New Profession

Poe is considered America’s first well-known professional writer (and thus, starving artist); he eked out his living as the country’s first great literary critic and theoretician.

4. He Was Likely Named After a Shakespearean Character

He was born Edgar Poe in Boston in 1809; his parents were both actors. His parents were performing in Shakespeare’s King Lear the year he was born, leading to speculation that he was named for the play’s Earl of Gloucester's son, Edgar.

5. Poetry and the Pen Ran in the Poe Family

Poe was the middle child of three. His brother, William Henry Leonard Poe, was also a poet, his sister Rosalie Poe was a teacher of penmanship.

Before Edgar reached the age of 4, his parents died and he was taken in by a wealthy merchant named John Allan and his wife, Francis. They lived in Richmond, Virginia, and christened the boy with the name Edgar Allan Poe.

Poe’s foster father groomed him to go into business and become a Virginia gentleman, but Poe dreamt of being a writer like his boyhood hero, the British poet Lord Byron (right). By the time he was 13, Poe had written enough poetry for a book, even though his headmaster convinced Poe’s father not to allow its publication.

8. Poverty Was His Muse

Poe started on a college career, but with little financial support from the miserly Allan, Poe embarked on a long journey of poverty and debt. Money problems haunted him and tensions with his foster father prompted him into determination to become a successful writer.

He published his first book, "Tamerlane," when he has 18.

When Allan died, Poe was living in poverty .. but he was left out of the will, which nonetheless provided for an illegitimate child who Allan hadn't even ever met. Ouch.

11. He Married His Teen Cousin

He married his first cousin, Virginia Clemm (left), when she was 13 and he was 27. (OK, so maybe that's a bit odd by today’s standards.) She died at the age of 24 from tuberculosis.

12. He May Have Invented the Art of Snarky

Poe acquired an editorial position at the soon-to-become popular Southern Literary Messenger magazine, where he became famous for his scathing book reviews and scorching critiques (which is where Griswold's ire was born). He went on to write for many magazines. The 1845 publication of "The Raven" made him a household name and finally secured him the success he had been seeking.

13. His Death Was as Enigmatic as His Work

In 1849, Poe went missing for five days and was found "worse for the wear" and delirious in Baltimore. He was taken to the hospital where he died soon after at the age of 40. No autopsy was performed, the cause of death was listed as a vague "congestion of the brain" and he was buried two days later. Experts and scholars have proposed everything from murder and rabies to dipsomania and carbon monoxide poisoning as the reason for his demise, but to this day the cause of Edgar Allan Poe's death remains a mystery. Could there be a more befitting legacy?