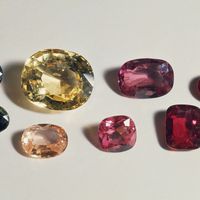 Rubies and sapphires are the gemstone form of the mineral corundum. Red gems are called rubies, while corundum gems of any other color are called sapphires.

2. Turquoise gets it blue and green coloration primarily from the presence of which elements? 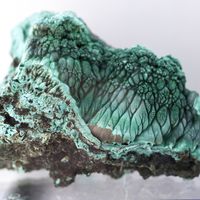 Iron and copper can have different oxidation states. Like many transition elements, the ions form colored solutions, even in solids like turquoise. Copper compounds are often blue or green. Iron is often associated with the red of rust, but it also yields yellow, amber, and green colors.

3. True or false: topaz and quartz are two names for the same mineral. 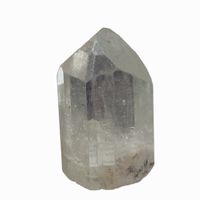 Although topaz and quartz appear similar, they are two different minerals. Topaz is harder than quartz. Quartz is silicon oxide (a silicate). Topaz is also a silicate, but fluorine and aluminum are integrated into the crystal structure. Topaz crystals have an orthorhombic form, while quartz is trigonal or hexagonal. Both minerals occur in many colors.

4. Chalcopyrite and bornite are common ores of which metal? 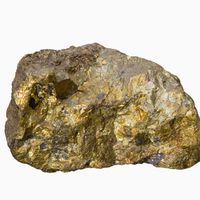 These minerals are ores of copper. They often bear a copper color, like this sample of chalcopyrite.

5. The purple gemstone amethyst is a type of: 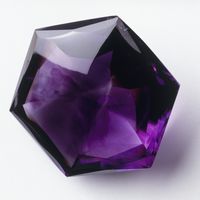 Amethyst is a form of quartz. The purple color comes from the presence of iron.

6. Which sequence of stones is listed in order of increasing hardness? 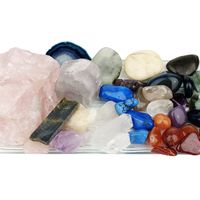 The Mohs scale ranks minerals based on hardness. It can be used to help distinguish between specimens that share a similar appearance. Calcite and fluorite are soft minerals, while corundum and diamond are very hard. Quartz is moderately hard, about the same as glass.

7. Vermilion or cinnabar is red salt of which metal? 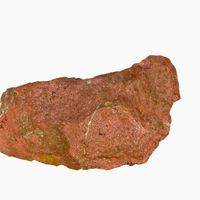 Cinnabar is a red mineral. Sometimes it is called red mercury. It's toxic, but not nearly are bad as organic mercury compounds.

8. A gemstone with a wide color range and different optical and electrical properties at ends of the crystal is likely: 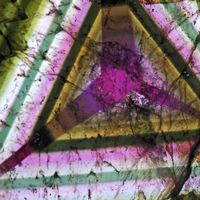 Tourmaline is noted not only for have a variable appearance through a single crystal, but also for its variable electrical properties.

9. Pyrite and orpiment have both been called Fool's Gold. Orpiment is a compound of which metal? 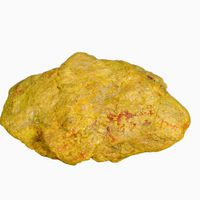 While pyrite has a shiny metallic golden appearance, orpiment appears more golden yellow. Orpiment contains arsenic. It has been used throughout history as a golden pigment, but unlike gold, it's toxic because it contains arsenic.

10. Almandine, hessonite, pyrope, grossular, and demontoid are all types of: 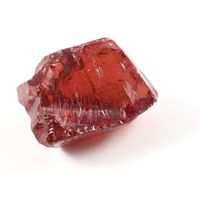 Several different forms of garnet exist. All possess similar crystal structures and physical properties, yet they have different chemical compositions. It's often possible to tell them apart based on color. Garnets are silicate minerals.

Rock and Mineral Chemistry Quiz
You got: % Correct. Not Quite a Rock Hound

Nice try! While you may be good at finding rocks, you need to brush up on identification and understanding how composition relates to mineral characteristics. Browse the mineral photo gallery to familiarize yourself with common specimens. For hands-on experience, grow faux gemstones using everyday chemicals.

Are you ready for another quiz? See if you can recognize elements from the periodic table based on pictures of them in pure form.

Good job! You know a lot about rocks, minerals, and their chemical composition and properties. From here, you can browse the gemstone photo gallery to view examples of beautiful gems and learn more about their chemistry. For hands-on experience, grow your own mineral specimen using this simple crystal recipe.

Ready to try another quiz? See if you understand the chemistry of how things work.