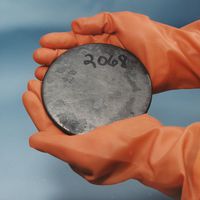 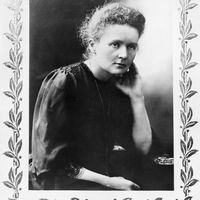 Although there are radioactive isotopes of chlorine and hydrogen, these elements are mostly stable. Marie and Pierre Curie actually discovered two radioactive elements: radium and polonium.

3. The combination of two atomic nuclei into one, accompanied by a release of energy, is called: 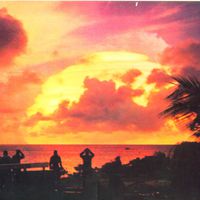 Combining two atomic nuclei is called fusion. When the nuclei get close enough, the strong attractive force overcomes the electrostatic repulsion of the like-charged protons. A large amount of energy is released. 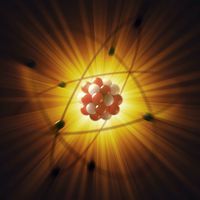 Nuclear changes involve the atomic nucleus, which contains protons and neutrons. If electrons are involved, it's a chemical change. 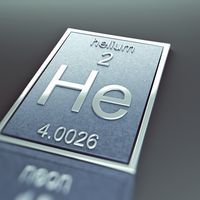 An alpha particle consists of 2 protons and 2 neutrons, so it's essentially a helium nucleus or a He2+ ion.

6. Carbon-14 dating could be used to estimate the age of all of the following except: 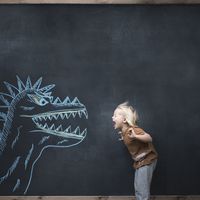 Carbon dating is based on comparing the relative amounts of carbon-14 and carbon-12 in an item. Enough time needs to elapse to get any kind of accurate result, so an item from the Medieval time period wouldn't appear much different from a modern one. You could use the technique to tell the tapestry was old, but it would be hard to pin down its exact age using this method.

7. Whether or not a nuclear fission reaction becomes self-sustaining depends on the release of: 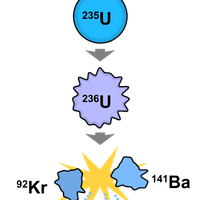 You need neutrons to turn a fission reaction into a chain reaction. It's the neutrons that initiate fission in neighboring atoms. 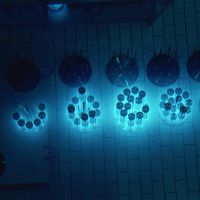 Both atoms are from the same element, so they each have the same atomic number or number of protons. It's the number of neutrons that's different.

9. The hydrogen in a hydrogen bomb is converted into: 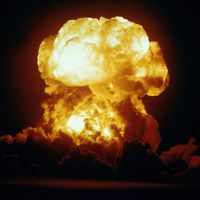 A hydrogen bomb of H-bomb is a fusion bomb. While it would be a neat trick to fuse hydrogen into heavier elements, this device combines two hydrogen nuclei (atomic number 1) to form a helium nucleus (atomic number 2). 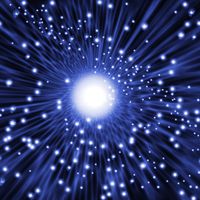 A beta particle is an energetic electron (negative charge) or positron (like an electron, except with a positive charge).

See If You Understand Radioactivity
You got: % Correct. Voted Most Likely to Get Radiation Poisoning

Good job! You completed the quiz, so even though you didn't know the answers to all of the questions, you know a lot more about radioactivity and nuclear reactions. If you're a little unsure of some of the concepts, you might want to review the basics of radioactivity and radiation. When you're ready, try another radioactivity science quiz to test your understanding.

Share Your Results
See If You Understand Radioactivity
You got: % Correct. Voted Most Likely to Be a Nuclear Scientist

Excellent! You know a lot about radioactivity, nuclear reactions, and the types of radiation. From here, you might like to know about 10 radioactive foods you probably eat. If you're ready for another quiz, see if you can do as well on the energy science test.