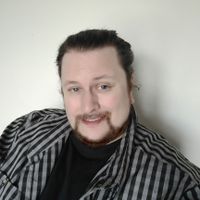 Jeremy Laukkonen
Writer
Jeremy Laukkonen is a tech writer and the creator of a popular blog and video game startup. He also ghostwrites articles for numerous major trade publications.
Learn about our Editorial Process

When you purchase web hosting to set up a website, one of the options you'll see is virtual private server (VPS) hosting. This type of hosting is usually available alongside options like shared and dedicated hosting, and the differences between these plans may not be readily apparent.

VPS hosting is essentially a midway point between inexpensive shared hosting and dedicated hosting, which is typically much more expensive. It shares some qualities with one, other qualities with the other, and represents a really good option for a lot of websites.

What Is a Virtual Private Server?

If you're ready to set up a website, you're probably familiar with the concept of servers at a basic level. If you aren't, a server is a type of computer that's specifically designed to host websites.

Servers are usually located in a type of facility known as a data center that has a high speed, reliable connection to the internet. When you access a website, your computer essentially uses the internet to retrieve the website from a server.

When you purchase web hosting services, what you actually buy is the right to store your website on another company's servers. You may buy space on a server that's shared with a lot of other users, buy the sole rights to use a server all by yourself, or buy access to a virtual private server.

Virtual private servers use virtualization technology to set up multiple virtual servers on a single physical server. This is more affordable than paying for a dedicated server, because the costs are split across several users, but you still enjoy the added security of having your own private allotment of RAM, data storage, and usually at least one CPU.

How Do Virtual Private Servers Work?

Virtual private servers work by using software to create a number of virtual machines on a single physical server. Each of these virtual servers has access to its own dedicated resources and can't interact with any of the other servers, which is why they're referred to as private.

In effect, a virtual private server works by simulating the effect of having your own dedicated server hardware. You get many of the benefits of a dedicated server, like added security and dedicated resources to help your website run smoothly, without the expense of paying for an entire server by yourself.

The Differences Between VPS, Dedicated, and Shared Hosting

Shared hosting is the least expensive type of web hosting, and it shares some things in common with VPS hosting. With shared and VPS hosting, you have a single physical server that hosts multiple websites for a number of customers.

Shared hosting shares resources, like RAM, CPU, and storage, between all of the accounts on a server. There is a superficial layer of separation between accounts, but a resource-hungry site can end up slowing down all of the other sites due to the way they share resources.

While virtual private servers also host multiple websites for a number of different customers on the same physical server hardware, virtualization is used to place barriers between each account. Resources are also divided up between each account, so that you are guaranteed a certain level of performance.

Dedicated hosting tends to be more expensive than other options, because you essentially rent an entire physical server for your exclusive use. It has a lot in common with VPS hosting, because having a VPS is a lot like having your own physical server.

The main advantage of a VPS over a dedicated server, other than cost, is scalability. Since your server is virtual, it's usually a lot easier to add more storage, more RAM, or even more CPUs to a VPS than it is to upgrade a physical server.

Dedicated servers have the performance edge, because they give you access to an entire server instead of just part of one. They're also inherently more secure and typically offer faster speeds.

Who Needs to Use a VPS?

Since VPS hosting falls between shared and dedicated hosting in terms of security, performance, and cost, a virtual private server is usually a good choice for growing websites that don't quite need the resources of a dedicated server.

Shared hosting is a great place to start out when building a new website, especially if you aren't sure how much traffic you'll be dealing with or what kind of resources you'll need. If you notice that your shared hosting is slowing down website page load times, then that's usually a good hint that it's time to move up to a VPS.

Another good reason to step up to a VPS is if you have any concerns about security issues. Most decent web hosts put measures in place to secure your data on shared hosting, but a virtual private server will always be more secure.

If you deal with any sensitive data, or you run an online store, then it's easy to justify the extra expense of a VPS compared to inexpensive shared hosting.

On the other end of the spectrum, you should choose a VPS over dedicated hosting if there isn't room in your budget for a dedicated server. Stepping up to a dedicated server is a good idea if your website is big enough to warrant it, but many decently sized sites can get by just fine on a VPS.