What Is Markdown Formatting?

The simple language used all over the web 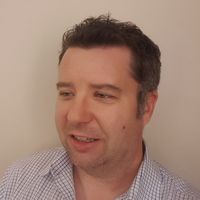 Aaron Peters
Writer
Aaron Peters is a writer who has 20+ years experience in technology. His work appears in Linux Journal, MakeUseOf, and others.
Learn about our Editorial Process

Markdown relies on a simple text syntax to format a document. Unlike an environment like Microsoft Word, which uses a complex and human-unreadable system to identify something like italics, Markdown uses an easily identifiable markup code to indicate emphasis and document structure.

Why Use Markdown Formatting?

The main benefit of Markdown is it's a plain text format, meaning you can use about any program to write your document, from simple text editors like Windows Notepad and TextEdit on macOS to a number of options on Linux. Mobile operating systems, like Android and iOS, also have plenty of free apps that handle plain text.

You won't need to worry about formatting incompatibilities because the formats you apply to your writing are plain text.

Markdown is a play on the term markup, referring specifically to HTML. A markup language uses text codes to indicate divisions of content, visual decorations, and embedded objects like images. For example, a simple web page with a header, an area with a sentence of text, and an image becomes burdensome to write by hand:

This simple page requires a block of code to present a single sentence to the user, and not in an attractive way. But it's the HTML tags like

, , and that reduce your productivity. These tags encompass the majority of the text, and if you type one of the tags wrong, the page won't display correctly.

So rather than applying markup to text, you should instead apply the opposite: Markdown. Markdown uses something similar to markup tags but in a compact and writer-friendly way. As an example, the above represented in Markdown would look like this:

One of the principles of Markdown is to be human-readable in source form. And looking at the above, it's clear what's what. The hash mark at the beginning designates a heading, and the asterisks mean emphasis (specifically bold). This convention is something many people do in text messaging, so it's easy to interpret. Even the image, which requires something a little more technical, is easier to understand than the HTML.

When writing for the web, you can get away with understanding a few main bits of Markdown:

With this tiny bit of Markdown syntax, you have all you need to write an article like this one.

Using Markdown to Create Other Documents

The Markdown project provides a command-line tool to work with Markdown documents. However, this is a command-line utility, so it's not the most convenient. Also, it's written in the somewhat outdated Perl language.

Two other types of apps prove a bit more capable when dealing with Markdown input.

Markdown Is a Portable Format That's Easy to Work With

Markdown captures your writing wherever you are, regardless of the device you're on. It's best for when you need to focus on your writing, not on the appearance of the final document.

The plain text format is small with respect to file size, portable, and gets you out of the habit of fiddling with fonts until it's time to publish it somewhere. By learning its easy syntax, you'll be equipped to write in content management systems for the web, convert school assignments into attractive PDFs, and everything in between.