The Meaning of "Horticulture" 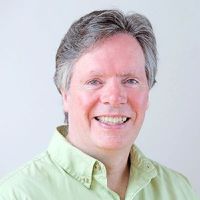 Horticulture is, at the most basic level, the science or art of cultivating fruits, vegetables, flowers, or ornamental plants. The origin of the term lies in two Latin words: hortus (meaning "garden") and cultus (which means "tilling"). Master Gardeners are well-versed in this field, but its full definition actually extends beyond what we would normally think of as gardening or agriculture.

The corresponding adjective to this noun is "horticultural." Meanwhile, if you are someone who works in this field, then you are said to be a "horticulturist."

The Five Sub-Fields of Horticulture

Floriculture pertains to producing and marketing flowers. Think of the wholesale businesses from whom florists buy cut flowers to sell in arrangements or plants to sell in pots to retail customers. If you have ever received a floral arrangement as a holiday gift, then you can thank this branch of horticulture. Large wholesale nurseries may start the following popular plants by the thousands, passing them on to smaller greenhouse businesses to "finish off" before sale to the public:

Landscape horticulture is about producing, marketing, and maintaining landscape plants. It is thus a branch of horticulture that will be of great interest to landscape designers and to homeowners interested in starting a new garden and committed to adorning their landscaping with the ornamental trees, shrubs, perennials, and annual flowers sold at garden centers.

Along the same lines, producers and marketers of vegetables and of fruits may have studied olericulture and pomology, respectively. Olericulture is about the cultivation of vegetables, while pomology deals with fruit production. This brings us to the technical difference between fruits and vegetables:

Arguments over this distinction often spawn when people discuss the classification of the tomato. Many people are surprised to learn that it is a fruit, technically, even though it does not have a sweet taste and is not typically served as a dessert. Classification of the object in question is not based on taste or what part of the meal it is served at.

If the object in question developed from a flower on a plant and contains seeds, then it is a fruit. Like tomatoes, then, pumpkins, hard-shell gourds, and ornamental gourds are all fruits (some edible, some inedible). So when you carve a pumpkin for Halloween, you are carving a fruit.

True "vegetables" are the other plant parts that you will find in the produce section of the supermarket; for example, carrots (which are roots), asparagus (which is a stem), lettuce (which is a leaf), and broccoli (we eat the flower buds of broccoli).

Finally, it is the post-harvest physiologists that grocery stores hire to prevent produce from spoiling prematurely. They, too are horticulturists.

In fact, the number of career paths open to you after you have received a degree in horticulture are too numerous to list in full. But here is a sampling:

What type of career in horticulture that you choose will depend on a variety of factors. For example, if you see yourself as more of a studious sort than as a people person, it would make more sense for you to pursue work in research or in plant development than as a tour guide for a botanical garden. Some careers in horticulture (for example, teaching the subject at a university) will demand that you earn a graduate degree.

Ancient Romans Who Wrote About Horticulture

Scholars have been writing about horticulture for centuries, including ancient Greek and Roman scholars. Among the Romans, Cato the Elder, Varro, Columella, Virgil, and Pliny the Elder stand out. Virgil, better known for his Aeneid, set down his reflections on horticulture in the Georgics. As a poet, his work on the subject is appreciated more for the way he related the information than for the factual content.

Although horticulture dates back to the times of Cyrus the Great of ancient Persia (559-530 B.C.), the oldest horticulture society in the world, the Ancient Society of York Florists, wasn't founded until 1768.