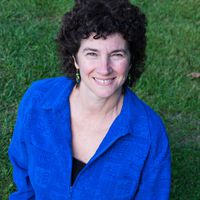 Rachel Cooper
Rachel Cooper is a travel writer who has lived in the Washington, D.C., area for more than 25 years. She is also the author of several books covering the capital and mid-Atlantic regions.
our editorial process
Rachel Cooper

The White House is currently home to the President of the United States and the First Lady. The White House also serves as the Executive Office. John Adams and his wife, Abigail, were the first to live there and moved in during 1801 although George Washington actually oversaw the building of the residence.

The White House is located at 1600 Pennsylvania Ave NW, Washington, DC 20500 (see a map) and mail for the President, Vice President, First Lady, and staff can be sent to that address. You can also write to the President by visiting whitehouse.gov and fill out an online form to send a message to the White House.

Hundreds of letters are sent to the President each week. The letters will first pass through The Office of Presidential Correspondence to screen and direct the issues to the best office to handle the issue addressed.

At the White House

Tips for Contacting the White House

It's important to be realistic. Due to the volume of correspondence sent to the Office of the President, the White House does not respond to every letter or email.

These tips will help smooth the way so your correspondence has a better chance of being read and responded to:

Where to Write for White House Tour Tickets

To tour the White House, you do not write to the White House offices. Public tour requests must be submitted through your Member of Congress. Tours are self-guided tours and are available from 7:30 a.m. to 11:30 a.m. Tuesday through Thursday, 7:30 a.m. to 1:30 p.m. Fridays and Saturdays (excluding federal holidays or unless otherwise noted) by appointment only. You need to request a slot for a tour up to three months in advance and no less than three weeks in advance.

Social media is being used more and more for announcements by the White House as well as a way to share photographs and commentary. There are official accounts and personal accounts with much activity on both. Social Media is not the best way to contact the White House but has been used to gain the attention of the President.