History & Culture View More
Jone Johnson Lewis
Jone Johnson Lewis
Women's History Writer
Jone Johnson Lewis is a women's history writer who has been involved with the women's movement since the late 1960s. She is a former faculty member of the Humanist Institute.
Learn about our Editorial Process
1. The first woman's rights convention in America was held in: 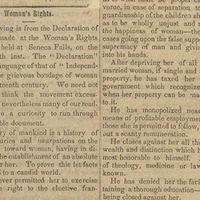 Seneca Falls was the site of the first women's rights convention in history.  For more information:

2. In 1868, Susan B. Anthony and Elizabeth Cady Stanton began publishing a newspaper. The slogan on the masthead said: 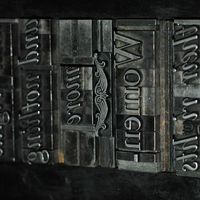 3. The name of this newspaper published by Anthony and Stanton was: 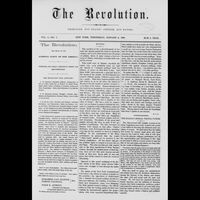 Their paper was called The Revolution.  Ms. Magazine is a more recent publication and the other two were other 19th century women's rights newspapers.  (A different slogan on this issue: "Principle, not policy; justice, not favors.")

The fight about whether to support the 14th Amendment split the women's suffrage movement for decades.  Read about the two wings that split because of this conflict: 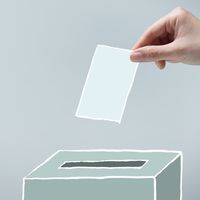 In the presidential election of 1872, Susan B. Anthony and 14 other women registered to vote in Rochester, New York, and then went to the polling place to vote on November 5. All 15 were arrested, along with the registrars.

6. Which state became the first state east of the Mississippi to give women the right to vote in presidential elections? 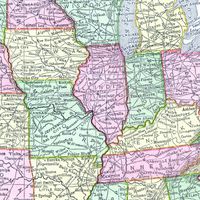 In 1913, after years of organizing, pressure on the General Assembly of Illinois came to fruition, with the passage of a bill in the legislature and then the signature of Governer Edward F. Dunne. In most states east of the Mississippi, women's right to vote came with the federal constitutional amendment in 1920. For more about which states granted suffrage when, see:

7. Who was the first president of the organization formed when two major woman suffrage groups merged in 1890? 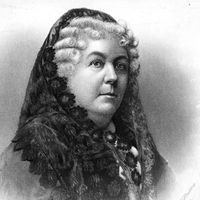 8. This same woman resigned as president two years later, after publishing a book that was sharply critical of
Correct Wrong

A committee including Elizabeth Cady Stanton published The Woman's Bible in 1895/1898, denouncing Biblical interpretation that they believed was biased against women, and highlighting the roles of women in the Bible.  At a time when the suffrage movement was attempting to draw a wider circle of support, including among women in the South, Stanton's publication was felt by many in the movement to be distracting and even destructive of the goal of woman suffrage.

9. The Congressional Union for Woman Suffrage is identified mostly with which woman suffrage activist? 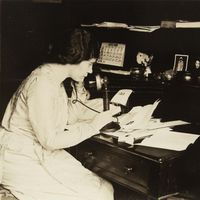 Alice Paul and Lucy Burns formed the Congressional Union for Women Suffrage, at first within the National American Woman Suffrage Association and then later separated from NAWSA.

Carrie Chapman Catt led the NAWSA at the time, Jeannette Rankin was a NAWSA member who ran for Congress and Elizabeth Blackwell is known as the first woman physician in the U.S.

10. This Methodist minister served for more than 10 years as president of the National American Woman Suffrage Association: 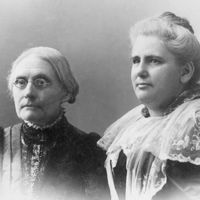 Anna Howard Shaw was a minister, physician and women's rights advocate.  Annie Wittenmyer was a temperance leader. Antoinette Brown Blackwell was an early woman minister, a Congregationalist who became a Unitarian.  Susan B. Anthony was, though a suffrage leader, not a minister.

11. Who was the first woman elected to the United States Senate? 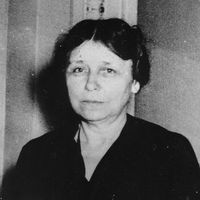 Hattie Caraway was elected to the Senate in January, 1932. She had been appointed in December 1931 to fill out the term of her husband who died suddenly.  Rebecca Latimer Felton was the first woman to serve in the Senate, but she was appointed and never elected.

12. During this woman's leadership of the Women's Christian Temperance Union, the group worked for woman suffrage: 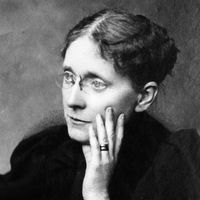 Frances Willard headed the Women's Christian Temperance Union from 1879 to 1898.  Carry Nation worked for prohibition and was known for her hatchet, smashing saloons.

13. Which was NOT part of the "Southern strategy" adopted by the NAWSA in the 1890s?
Correct Wrong

The "southern strategy" was meant to gain support for the suffrage movement in the southern states.  The argument was made that woman suffrage could, if only educated women were enfranchised, reinforce white supremacy.  Some African American women were active working for the vote through NAWSA, but they were excluded from conventions of NAWSA held in the south.  African American women were expected to have less visible roles, including marching at the back of the 1913 suffrage parade.  Ida B. Wells joined the mostly-white Illinois delegation, against the wishes of the parade's organizers.

14. The first national political party to adopt a woman suffrage plank was the: 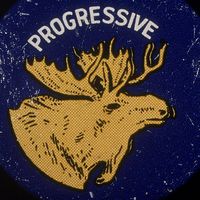 How ironic that the party nicknamed "Bull Moose Party" was the first to come out in favor of women voting?

In 1912, Progressive Party candidate Theodore Roosevelt spoke out as an advocate for women's suffrage, something neither the Republican candidate, President William Howard Taft, nor the Democratic candidate, Woodrow Wilson, was willing to do. The first national convention of the Progressive Party in 1912 endorsed woman suffrage in their platform.

15. The Congressional Union held a suffrage parade on the day when this President arrived in town for his inauguration: 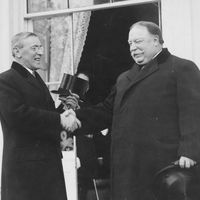 When Woodrow Wilson arrived in Washington the day before the inauguration, he found that the suffrage parade had drawn the crowds that he'd expected to be greeting him.

16. In what year was the U.S. Constitution amended to grant the right to vote in all states without regard to sex? 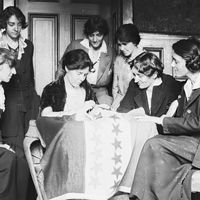 The long road to women's suffrage -- winning the legal right to vote -- ended in 1920 with the ratification of the 19th Amendment.

17. This state, the 36th and deciding state to ratify the woman suffrage amendment, did so by only one vote: 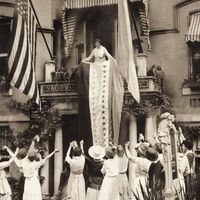 The final suffrage victory came in August, 1920, when the state of Tennessee ratified the 19th Amendment by a margin of just one vote.

18. How many women at Seneca Falls in 1848 were alive & eligible to cast a vote after passage of the suffrage amendment?
Correct Wrong

Charlotte Woodward was the only woman who attended the 1848 Seneca Falls Woman's Rights Convention who was alive in 1920 and eligible to vote. However, she was too ill to vote.

Read more: who was the first woman in the United States to vote ?

19. Who was president of the National American Woman Suffrage Association when the Nineteenth Amendment passed?
Correct Wrong

Elizabeth Cady Stanton became the first president of the National American Woman Suffrage Association (NAWSA) in 1890, and served until 1892. Anna Howard Shaw was president from 1904 to 1915. Carrie Chapman Catt was president of the NAWSA from 1900 to 1904 and 1915 until the organization disbanded with the victory of the 19th Amendment. Alice Paul was part of the withdrawal from NAWSA of the Congressional Union for Woman Suffrage, and helped found the National Woman's Party in 1917.

20. Where did Alice Paul get experience in more militant women's suffrage activism, leading to her strategy? 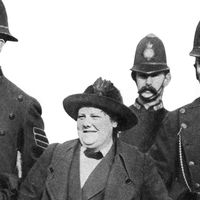 In England to study at university, Alice Paul took part in more radical protests for woman suffrage, including participating in the hunger strikes.  She brought back to the United States this sense of militancy, and organized protests and rallies, eventurally being imprisoned three times.

Sadly, you don't know much about women's suffrage history.  Try reading what's at the links here, and then try again.

Share Your Results
Women's Suffrage Quiz
You got: % Correct. Not great.

Not great, but at least you know a few facts about women's history!  Read more about the work to win the vote for women, including at the links below, then come back and try again.

Share Your Results
Women's Suffrage Quiz
You got: % Correct. About halfway?

You're more than halfway to expert!  You've learned a lot about women's fight to win the vote, and there's still a lot to learn.  Check out the links below for more information.

Great job!  Almost an expert! You've learned a lot about women's fight to win the vote, and there's still more to learn.  Check out the links below for more information.

Share Your Results
Women's Suffrage Quiz
You got: % Correct. You're an expert!

Perfect score!  You are an expert on the topic, clearly!  You've learned a lot about how women won the right to vote.  Read more at the links below.